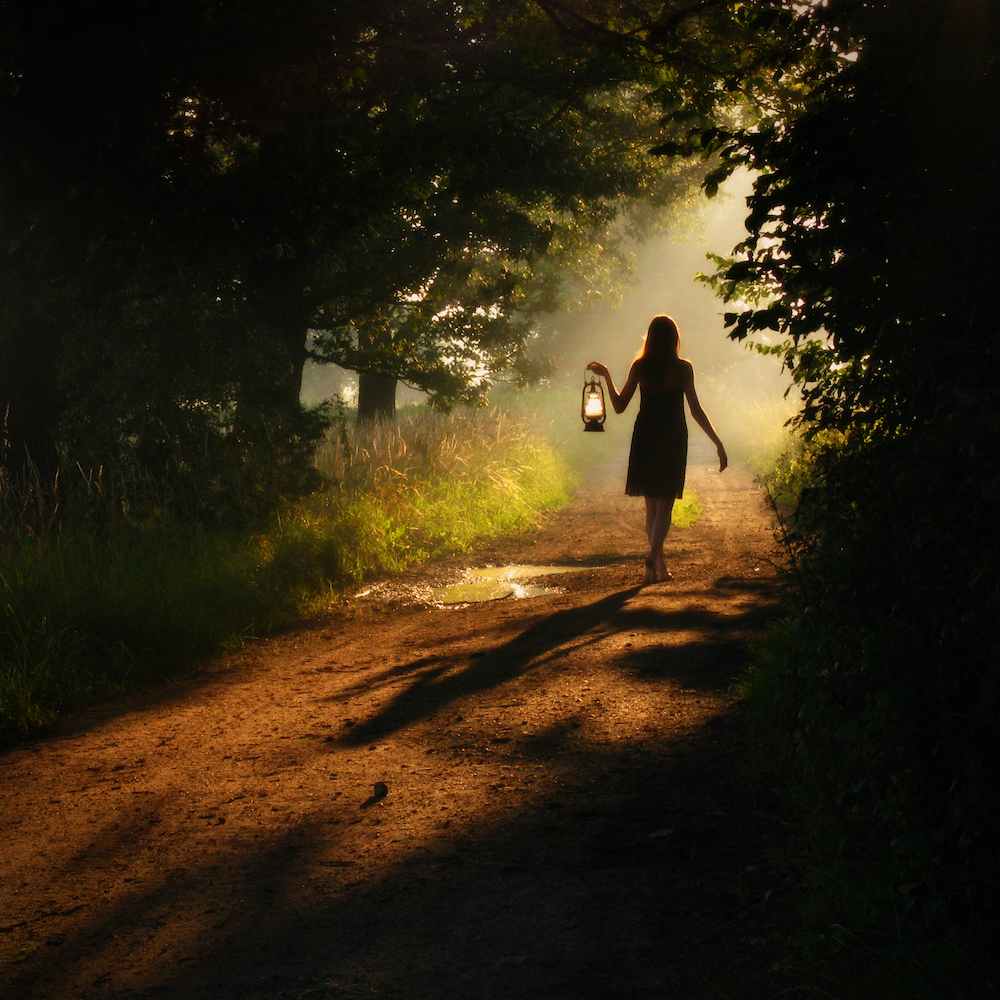 Quietly illuminating and fostering a spiritual path to empowerment for the highly sensitive person.

“It is your road, and yours alone.
Others may walk it with you, but no one can walk it for you."
~ Rumi

Spirituality has always been a part of my life since childhood. My search for truth and meaning is what helped me the most while growing up beneath the poverty line with a spiritual, loving, non-HSP Mother, who often worked two jobs to support us.

Like most HSPs, I was a deeply perceptive child. Despite my Mother’s best efforts to protect me from adult problems, it was my childhood depth of processing that provided insights into the struggles my mother endured as a woman during the 1950’s and 60’s. I developed a deep empathy and respect for her strong, quiet spiritual strength, and her amazing resilience. We shared an unspoken understanding that somehow “we were in this together.” From the safety of her unconditional love, I gained early life lessons about struggles, suffering, and strife, from both a personal, cultural and ancestral point of view. The HSP gifts of compassion, empathy, loyalty, resourcefulness, and the ability to love deeply came naturally from these lessons. 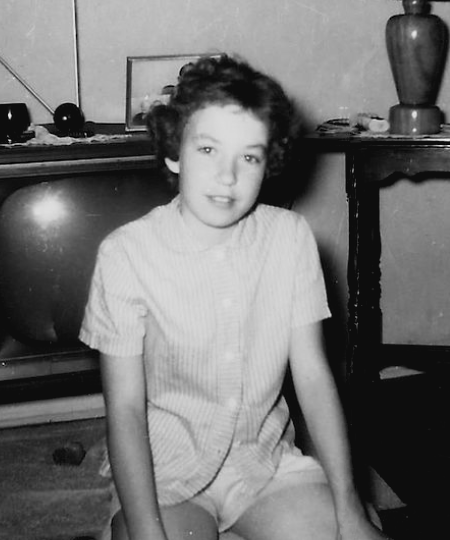 Growing up in Texas I witnessed and experienced many encounters with the then unknown (or unspoken) oppressive concepts of sexism, classism, and racism (by association.) It was because of these experiences and my passionate desire for fairness that I became a social justice activist around the age of 9. This young girl did not hesitate to adamantly and innocently defend my mother’s black friend, Aretha, by responding:  “Yes!  We drank out of grandma’s ice tea goblets!”  And yes, “they came into our house!”  These answers were in response to the neighbor’s interrogation of “Did you have black people (replace the N-word here) in your house?  Did they drink out of the same glasses as you?

On the playground, I was keenly aware of the children who were left out. My anger at the teachers chatting at the gym door grew when they did not seem to know what I knew about feeling left out. At any given recess, I would offer to play with anyone that I sensed needed a friend. Often it seemed a temporary eclectic friendship circle formed. This type of empathy can inevitably lead to chronic overstimulation for we HSPs, and this was certainly true in my case.

Any concern about making good grades seemed to take a back seat to my empathy and be in competition with overstimulation, especially in high school. There my depth of processing took over as I became aware of the many kinds of privilege, cliques, and stereotypes floating through the hallways. Luckily, at least once a month, I was given permission to stay home from school after pleading that I was just too tired to continue.

Unlike many HSPs, I never had an inherent sense of not belonging, at least not because of my sensitivity. In fact, I was often praised for my empathy and deep sense of caring about others. Perhaps this was due to the strong attachment style that was forged with my mother. Instead, my wounds and sense of not belonging came from being keenly aware that my Mother, no matter how many long hours she worked, could not provide the kinds of enrichment I sensed was provided to many of my friends. The usual “write about your summer vacation” left me feeling anxious and like I didn’t belong. Instead of Disneyland, the beach, horseback riding, swim lessons, or dance lessons, I struggled to find a way to basically say I did nothing except build forts with wet sheets on our sagging clothesline. I was embarrassed to say I rode my imaginary horse Trigger around the neighborhood. So many times I wanted to lie and say I had a real horse named Trigger. In so many ways, I did have this horse, and I joyfully connect with him as a companion when I am hiking in Colorado where I now live.

For the most part, I kept these inner wounds and shame about being poor hidden. I was blessed to be able to be part of a small circle of girlfriends – one I have known since first grade, and some I still consider a friend today.

I will always be grateful for M. Scott Peck’s timeless book, The Road Less Traveled. I distinctly remember an overwhelming sense of validation reading the first line of his book: “Life is difficult.” Here was an M.D. validating my young life experience, and sharing his experiences and wisdom about spirituality, love, suffering, grace, and synchronicities. That book was one of many turning points in my life.

Fortunately, it was trusting another major synchronicity that had me moving from Texas to San Francisco in 1973. It was there I became involved in the Women’s Movement from 1973-79. It was there, in my first Women’s Studies class in 1973,  that I first heard the words: sexism, classism, and racism. Riding home on the bus that day, tears were rolling down my cheeks as I wrote:  “Oh my god, it wasn’t me, oh my god, it wasn’t me.”  I still have that journal. 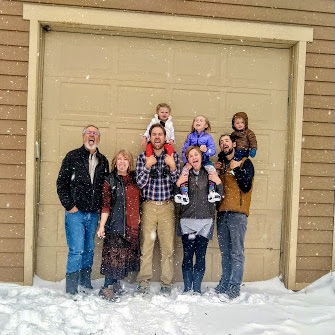 I  love knowing that many HSPs have shared similar feelings of relief, astonishment, and gratitude when first learning about their Sensory Processing Sensitivity trait.

My “undervalued self” became more and more valued during my time in San Francisco. There I met my husband, married in 1978. I am now the mother of two grown sons, one an HSP and one just a very kind person. I have three grandchildren, one of whom I am certain is a sensitive extrovert like her grandmother.

Trust The Process and Focus on Needs, Not Approval

Trusting the process and focusing on needs, not approval have become mottos and encouraged guidelines of the HSP Gathering Retreats. In retrospect, they  are guidelines that have served me for much of my adult life.

Trusting the process, even when feeling vulnerable or confused, always asking, “what is there for me to learn in this moment…” and most importantly, “what do I need in this moment” are a part of my daily self-care plan as an HSP. Focusing on needs, not approval has been another daily practice which has helped me reclaim my undervalued self.

My growth and development have led me to know that, yes, life is difficult… and more importantly that, yes, life is also beautiful. I’m grateful my life, since 1973, has provided me with many extraordinary experiences of love, belonging, and a sense of empowerment. Yes, like all of life, there has been sorrow and grief. Yet, there have been just as many peak experiences of wonder, awe, intense happiness, and feelings of well-being —  especially in nature.

My work with Highly Sensitive People

I returned to school in my forties after my two children were born. It is not surprising that my educational choices of social work, women’s studies, cultural diversity and a graduate degree in counseling blended with and complimented my life’s purpose.

Of course, meeting Dr. Elaine Aron in 2000 and co-creating the HSP Gathering Retreats in 2001 have been instrumental to my success along the way. Since retiring as a psychotherapist, I can no longer refer to my work as therapy, although I can say it is very therapeutic. My mentoring and coaching practice combines my extensive knowledge of the genetic trait of Sensory Processing Sensitivity with therapeutic orientations, coaching strategies and when appropriate with my client’s spiritual orientation. 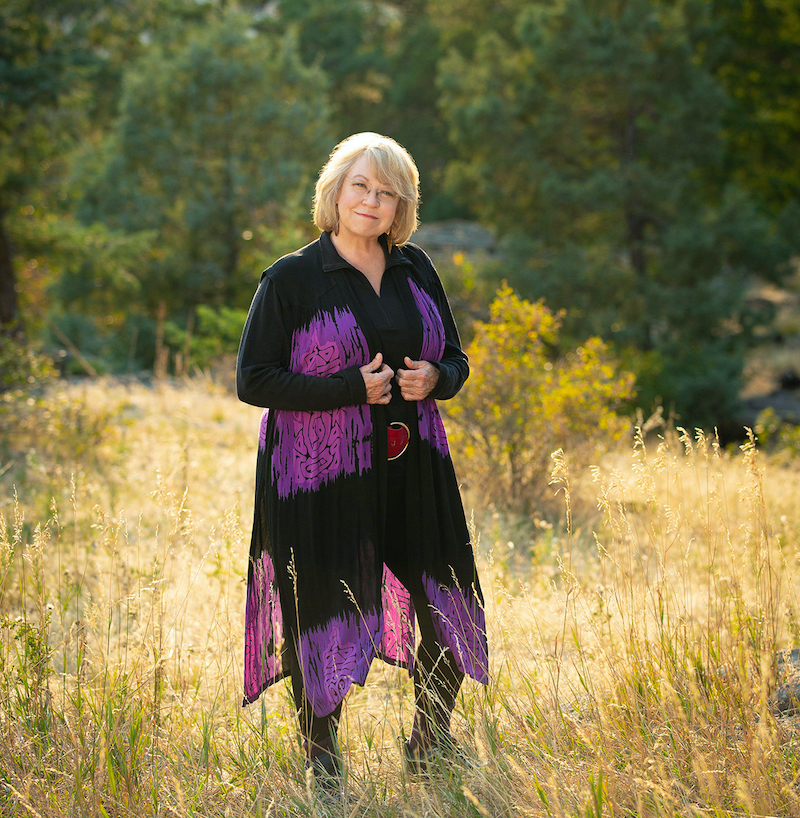 I have been certified to utilize the statistically valid and reliable Myers-Briggs Personality Inventory and have extensive knowledge of the Enneagram and use both as tools for self-discovery and growth.

I invite you to join me at one of my retreats or in one of my online workshops. You can contact me here and let me know how I might support you on this journey of individuality and belonging, discovery, and healing.

With you on this special journey.

P.S. To learn more about the HSP social justice activist, you can read about “Diversity in our Tribe.”
By the way, it took me years to realize it was my father, a World War II Veteran, who was the HSP in my family. He returned from the war with PTSD (no treatment, no diagnosis in those days) and turned to alcohol to numb the trauma he experienced. Read more about the “Calloused HSP” in my article above.

Depth of processing is the most basic aspect of our SPS trait, and results in the deep, rich inner life most HSPs experience. Research has shown more brain activation in the prefrontal cortex and in a part of the brain called the insula which has sometimes been referred to as the ‘seat of consciousness.’ This creates the tendency to reflect more than others about the “way the world is going or “the meaning of life.” By integrating information and experiences, from both past and present, the HSP’s unique depth of processing can enable a sense and understanding of longer term consequences and may be able to influence future decisions with more creative and expansive thought.